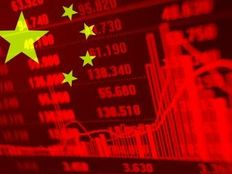 China country-specific exchange traded funds climbed Thursday on plans to allow local governments to sell special bonds in the second half of the year to bolster infrastructure funding and stimulate a beleaguered economy.

China’s Ministry of Finance is working to allow local governments to sell 1.5 trillion yuan, or $220 billion, of special bonds in the second half of this year, Bloomberg reported.

The bond sales would be hastened from next year’s quota, and It would be the first time the issuance has been expedited in this manner, reflecting the heightened concerns in Beijing over the state of the economy.

Local governments usually start selling debt on January 1 when the new budget year starts. If any exigent adjustments are made, the new timeline would have to be reviewed by the State Council and might even require approval from the country’s legislative body, or the National People’s Congress.

The special bond sales are expected to help fund infrastructure spending, a regular investment play that policymakers have utilized before to support the economy that is now weakened by COVID-19 lockdowns and a housing slump.

The special funding comes as President Xi Jinping’s government tries to bring the economy back to an annual growth target of around 5.5%.

“It has been clear for some time that local governments need more money. The news today suggests that the central government is still unwilling to expand its own balance sheet, and instead let local governments to bring borrowing quota from 2023, which means a fiscal cliff next year,” Wei Yao, head of research for Asia Pacific and chief economist at Societe Generale SA, told Bloomberg.