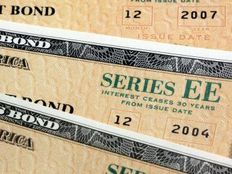 HYLB has taken in $51 million in flows in the past week despite the increasing fear among investors of a painful looming recession. This is a sharp pivot; the fund has seen $2.4 billion in net outflows year-to-date and $307 million in outflows over a four-week period, according to VettaFi.

Compared to other segments of the fixed income market, high-yield bonds aren’t as sensitive to rising interest rates, a key differentiator as investors are making strategic asset allocation adjustments following the Fed’s decision on Wednesday to raise interest rates by 75 basis points for the third straight meeting.

“This has been a week when many investors have been making moves within fixed income, and HYLB is standing out from the crowd,” Todd Rosenbluth, head of research at VettaFi, said. “While investors are pulling back from some high yield ETFs, HYLB has been able to hold onto shareholders.”

HYLB offers broad exposure to “junk” bonds — debt issued by borrowers with a higher risk of default. For taking on the added risk, investors are rewarded with higher yields than those offered on ultra-safe U.S. Treasuries or investment-grade debt issued by the most creditworthy companies, according to VettaFi.