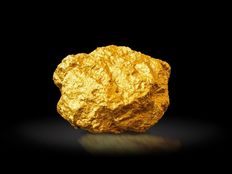 CPI Drives Gold Higher Ahead of 2023

Markets swooned Tuesday thanks to a softer-than-expected CPI report, driving stocks higher with the S&P 500 and other leading indexes up through the day. That also saw the price of gold rise much higher by market close as Treasury yields dropped, closing at $1,810.6 per ounce. With the added possibility that gold could rise even higher next year, a gold price-sensitive ETF like the Sprott Gold Miners ETF (SGDM B-) could be a useful tool for investors looking to the months ahead.

The CPI report saw annual inflation drop from increasing 7.7% year over year in October to rising just 7.1% year over year for November, with the cost of living rising by 0.1%.

Gold hasn’t had the most straightforward year since fixed income offerings jumped back into the fray. Yields spiked as the Fed began its campaign against inflation, which adds to why the new CPI report may be good news for gold if the Fed starts to slow down the pace of its interest rate hikes.

Gold spiked when Russia invaded Ukraine in the spring crossing $2,000 per ounce, having started the year close to $1,800 – and now back to that price since dropping to a mid-$1,600 range low. It had a notably positive November as investors began to suspect that the Fed was signaling a slowdown in rate hikes, rising for the first time in months.

That could also position a gold price-sensitive ETF like SGDM as a candidate to watch. SGDM tracks the Solactive Gold Miners Custom Factors Index and charges a 50 basis point fee for its exposures to gold mining firms that could benefit from an increase in the price of gold. It’s taken on $2.4 million in net inflows over one month, as well.

Meanwhile, gold could exceed $2,000 per ounce next year according to one commodity strategist at Denmark’s Saxo Bank due to government deficit spending and central banks filling up gold reserves. With several factors still floating around from which gold prices could benefit, investors may want to follow an ETF like SGDM as one option for their portfolios in the new year.