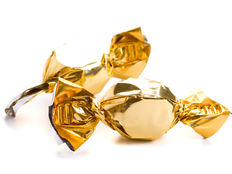 It’s been a strong year for gold as the precious metal was highly sought after as a safe haven amid the market volatility caused by the pandemic. The big question now is what gold can do in 2021, and the futures market and funds like the Invesco DB Gold (DGL A) may hold the answer.

DGL seeks to track changes, whether positive or negative, in the level of the DBIQ Optimum Yield Gold Index Excess Return™ (DBIQ Opt Yield Gold Index ER or Index) plus the interest income from the Fund’s holdings of primarily US Treasury securities and money market income less the Fund’s expenses. The Fund is designed for investors who want a cost-effective and convenient way to invest in commodity futures.

The Index is a rules-based index composed of futures contracts on gold. The Fund and the Index are rebalanced and reconstituted annually in November.

Looking at its most recent year-to-date chart, DGL saw heavy volume resulting in selling this month, but this could present ETF investors with an area of value for buying. The fund is trading below overbought levels as it hovers within its 50-day moving average.

Just before the Christmas holiday, gold futures ticked higher, which could mean traders are placing bullish bets for gold in 2021.

“Gold futures edged higher in a holiday-thinned trade on Thursday with many of the major players on the sidelines until after the New Year’s holiday,” an FX Empire article mentioned. “It was a light news day, but the headlines were mostly supportive. Investors remained optimistic over U.S. stimulus and the U.S. Dollar was mostly lower after Britain clinched a trade deal with the European Union, driving up demand for dollar-denominated gold.”

The Near-Term Technical Outlook for DGL

Because DGL consists of primarily gold futures, it’s necessary to determine where upside can occur via technical analysis of price action. How traders respond to the price range between $1894.60 and $1870.30 can determine whether downside could the start new year or a new bullish trend occurs.

The recent price action suggests the near-term direction of the February Comex gold market will be determined by trader reaction to the retracement zone at $1870.30 to $1894.60.

The way of least resistance is to the upside with $1912.00 a potential trigger point for an acceleration to the upside.