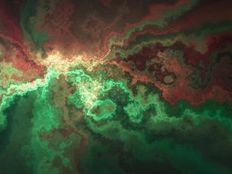 Which Uranium ETF Could Thrive in the Energy Crisis?

Are you worried about energy costs? You’re not the only one. Around the world, from sanctions on Russian oil, gas, and coal exports following its invasion of Ukraine to post-COVID-19, resurgent economies driving inflation, energy challenges are a key issue for policymakers, businesses, and everyday people. With energy issues poised to be even worse next winter, a Uranium ETF could be a smart play for thoughtful investors.

Uranium has negative connotations, moreso in the United States than in nations like France, where more than 2/3 of its electricity is produced by nuclear power. But as a zero-emission energy source, it’s becoming a key piece of the energy transition away from fossil fuels within the United States and around the world, with the U.S., in particular, looking to expand its uranium supply lines to fuel reactors.

Several Uranium ETFs are available for investors looking to tap into uranium’s place in the energy transition. Investors can choose between three strategies, including the Global X Uranium ETF (URA B-), the VanEck Uranium+Nuclear Energy ETF (NLR C+), and the Sprott Uranium Miners ETF (URNM ).

URA tracks the Solactive Global Uranium & Nuclear Components Index, investing in uranium mining companies from around the world, often traded as a leveraged play on uranium which sets it up for some volatility in how it trades. Charging 69 basis points, the ETF has seen returns of -6.4% over three months and $1.8 million in net inflows for the last five days, according to VettaFi. URA also weights 22% of its holdings to Cameco Corp (CCO), down 18.2% over one month.

NLR tracks the MVIS Global Uranium & Nuclear Energy Index, with a more even spread of weights holding Constellation Energy Corp (CEG) at 8.3%, the highest weight, with CEG up 6.7% over one month. NLR combines exposure to operational nuclear power plants and manufacturers building parts for those plants, though without much direct exposure to the commodity itself. NLR has taken in $2.7 million over the last five days in net inflows, returning -3.11% over the last three months, and charges 60 basis points.

URNM tracks the North Shore Global Uranium Mining Index, with its largest weighted holding, the Sprott Physical Uranium Trust (U.UT), at 14.3%, offering the largest direct exposure to physical uranium of all three ETFs, with URA holding just 9.7%. URNM offers access to mining, exploration, and production of uranium, as well as firms with uranium royalties for 85 basis points. Investible firms must devote 50% of their assets to uranium-related operations.

URNM invests in two categories, miners and holders, weighted at 82.5% and 17.5%, respectively. URNM charges 85 basis points, having returned -4.7% over the last three months and welcoming $1.7 million over the last five days. With the uranium spot price up to about $41 per pound from $37 in January, there’s runway for URNM as the uranium ETF with the greatest direct exposure to