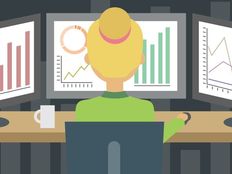 According to Space Foundation, the global space economy reached close to $447 billion in 2020. Eighty percent of the total revenue consisted of “commercial space revenue” which includes products and services (49%) and infrastructure and support industries (31%) [Space Foundation – Global Space Economy Nears $447B – The Space Report]. A large portion of commercial space revenue relates to commercial satellite activity.

Commercial satellites support the overarching trend of connectivity, which has been particularly important throughout the digitalization of the economy. Currently, most communication (e.g., mobile phones, internet) utilizes land-based networks instead of satellites. But the looming issue is that remote areas of the world lack the infrastructure for high-speed broadband. As global population grows, higher bandwidth and broader global coverage become critical not only for personal communication but also for governments and corporations. Corporations that have digitalized their operations often use automated equipment and sensors that require 24/7 real-time transmission of data. Those that have extended operations globally may also need faster cloud computing and reliable virtual communication across regions.

Unfortunately, cellular coverage currently only reaches around 15% of the world [Iridium – What is Satellite IoT and How is it Used?]. It may not be possible or economical to build and maintain land-based infrastructure through small villages, mountains, or rural roads. Satellites—which sometimes already serve as backhaul (i.e., providing access to the main global network) for many cellular networks—could play a larger role as demand grows beyond the means of current infrastructure.

Currently, most satellite networks are located in geostationary orbit (GEO), which is 22,000 miles from the Earth’s surface. These satellites move with the Earth so that they are always above the same location. Because these are further away, only a few are needed to cover the Earth. But there has been recent growth in Low Earth Orbit (LEO) satellites which are much closer—approximately 100-1,200 miles from the Earth’s surface. Because these are closer to the Earth’s surface and move much faster than the Earth’s rotation, these systems require a much larger network of satellites for full coverage. Being closer to Earth, however, has some advantages—the most obvious advantage is that they have lower latency (i.e., faster response times) [NASA Earth Observatory – Catalog of Earth Satellite Orbits]. Commercial satellite companies (and a few corporations like SpaceX and Amazon) are recognizing some of these advantages and are investing in LEO constellations to provide broader global connectivity.

Internet of Things (IoT) and the new industrial revolution.
The new industrial revolution (also known as The Fourth Industrial Revolution) has been characterized by rapid digitalization with emerging technologies—including Internet of Things (IoT), robotics, and 3D printing [World Economic Forum – The Fourth Industrial Revolution]. Satellite communication has accelerated this trend, particularly in remote worksites or in places with difficult geography where cellular reach is limited. For example, heavy machinery companies can monitor their remote assets during industrial processes like drilling or mining. Additionally, the COVID-19 pandemic has stressed the importance of supply chain visibility during the capacity crunch—tracking assets like vehicles or packages became more important for shippers, transportation providers, and customers. According to the Annual Internet Report released by Cisco Systems (CSCO), machine-to-machine (M2M) connections will continue to increase exponentially. IoT applications outside the home (e.g., manufacturing, supply chain, energy, cars, etc.) are expected to be approximately 50% of total M2M connections by 2023. [Cisco Systems – Cisco Annual Internet Report (2018-2023)]

The Amazon Effect: e-commerce growth and faster delivery times.
For the past four quarters, e-commerce has hovered between 13-14% of total U.S. retail sales [United States Census Bureau – Quarterly E-Commerce Report]. As large e-retailers like Amazon Inc. (AMZN) have been popularizing next day, same day, or even instant delivery, companies have been investing more into last mile delivery fleets to stay competitive. Last mile delivery is the last leg of transportation on a delivery—from a distribution center to the customer’s door. Although fully autonomous vehicles may not be widely accepted for years, large delivery companies (along with an abundance of startup companies) are beginning to electrify their fleets to make operations more fluid and address sustainability concerns from road congestion and pollution. As more vehicles on the road become electrified with sophisticated onboard capabilities, data usage increases. Real-time feedback, over-the-air software updates, and advanced driver assistance systems create a need for broader and faster networks.

Uberization (commoditization) of services.
With the growth of mobile phone usage, the service economy is evolving toward an app-based peer-to-peer system. Services like rideshare, property rentals, food delivery, and even dog walking can be purchased through a mobile phone or computer—making it easy to find a service almost instantly—rather than through an intermediary. In the example below, the proportion of rideshare relative to traditional yellow taxi cabs has increased significantly (and rapidly) in New York City. As the world becomes more connected, commoditization of services could extend to more remote areas—where real-time, app-based connections are required.

Remote workplace and virtual collaboration.
Pre-pandemic, the percentage of teleworkers was already trending upward—many estimates state that the COVID-19 pandemic has pulled that forward. Data from the Bureau of Labor Statistics Current Population Survey have shown that the percent of employees who worked remotely due to the COVID-19 pandemic (not including those who already worked from home previously) was highest in May 2020 at 35.4% of the total population surveyed but has stabilized in the 13% range from July to September [U.S. Bureau of Labor Statistics – Current Population Survey]. With employees being able to work remotely, several trends may occur. First of all, employees may travel more and require reliable internet and mobile connection on airplanes or on boats—away from terrestrial infrastructure. In addition, companies could become more global and won’t be limited to hiring employees in a certain region. More workers in rural areas could be hired and would need the capability to share the cloud and interact virtually (e.g., video conferencing) with employees in other parts of the world.