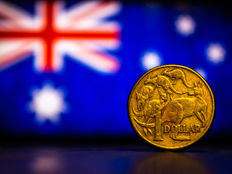 Bet on an Aussie Dollar Jump with the "FXA" ETF

The forthcoming U.S. election won’t just be a prime mover for the greenback. Other currencies around the globe will be affected by changes to the U.S. dollar after November 3, and Australia’s dollar is no different.

The Australian dollar could certainly use a bounce should markets head towards the upside following the election. Per a PoundSterling Live article, the currency “was set to end October as the second-worst performing of the world’s major currencies for the month, and with Americans set to vote in the all-important election and the Reserve Bank of Australia set to deliver a key interest rate decision next week volatility could be set to rise for the currency.”

Furthermore, “after being buffeted by investor risk aversion earlier this week amidst a decline in global equity markets, the Aussie and many of its counterparts were effectively consolidating ahead of next week’s U.S. election, although the antipodean currency will first have to navigate Tuesday’s Reserve Bank of Australia interest rate decision.”

“We had not envisaged the Board setting a specific quantity target for the bond/semi government purchase program. It is already setting a price target for the 3 year rate. Fixing both price and quantity targets may lead to unexpected difficulties down the track. Markets seem to differ,” says Bill Evans, Chief Economist at Westpac. “With markets expecting a specific volume target, the announcement of an open ended commitment might cause market disappointment with a potential lift in market yields and the AUD.”

For investors who don’t want to dabble in trading foreign exchange currencies, they can look to ETFs like the Invesco CurrencyShares Australian Dollar Trust (FXA A-). FXA seeks to reflect the price in USD of the Australian Dollar. The Shares are intended to provide institutional and retail investors with a simple, cost-effective means of gaining investment benefits similar to those of holding Australian Dollars. The costs of purchasing Shares should not exceed the costs associated with purchasing any other publicly-traded equity securities.

Investors looking to get more broad equity exposure to Australia can use the iShares MSCI Australia ETF (EWA B+). EWA seeks to track the investment results of the MSCI Australia Index composed of Australian equities.