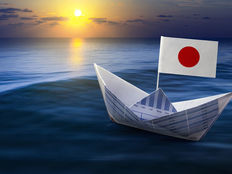 Can Japan Weather the Economic Storm of COVID-19?

Even when the COVID-19 cases start to dwindle around the globe, the real effects of the virus will surface with regard to their economic impact. Can countries like Japan, the third largest economy in the world, be able to weather this economic storm?

“The economic challenge for Japan is massive. A recession is almost a given due to falling consumer demand, slowing trade, and persistent uncertainty over future business conditions,” Paul Nadeau wrote in a Tokyo Review article. “Finance Minister Aso Taro has already ruled out suspending the October 2019 consumption tax increase, but it’s no small irony that Japan faces the COVID-19 crisis after Abe said that only an economic shock at the level of the 2008 Lehman Brothers crisis – exactly what now confronts Japan – could delay the tax hike’s implementation.”

Japan was banking on a profitable 2020, especially being the host of this year’s Summer Olympics. The country has been mired in decades of stagnant growth ever since the 1990s and the coronavirus pandemic is not doing it any favors.

“The government can no longer rely on a jolt from the 2020 Summer Olympics until next year, while the usual tourism which makes up an increasingly important segment of the Japanese economy has all but stalled,” Nadeau wrote. “A return to the deflation and stagnant growth that saddled Japan after the economic bubble burst in the early 1990s is likely – and policy tools to reinvigorate the economy are almost exhausted, with monetary policy already running negative interest rates and Japan’s already-high government spending limiting the impact of fiscal stimulus.”