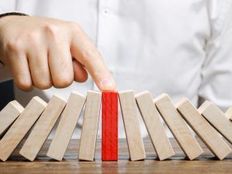 Look to SPLV for Stability in a Portfolio

Investors allocated a combined $292 million to the Invesco S&P 500 Low Volatility ETF (SPLV A+) in August as they looked for more stability in their portfolios to avoid big daily moves.

SPLV is based on the S&P 500 Low Volatility Index, which consists of the 100 securities from the S&P 500 Index with the lowest realized volatility over the past 12 months. Volatility is a statistical measurement of the magnitude of up and down asset price fluctuations over time. SPLV invests at least 90% of its total assets in the securities that comprise the index.

SPLV has been among Invesco’s most popular ETFs this year, with the fund taking in over $2.7 billion in inflows year-to-date as of September 9, according to VettaFi.

Investors should think of SPLV as a play on mega- and large-cap stocks in the U.S. market, according to VettaFi. These securities are usually known as “blue-chips” and are some of the most famous and profitable companies in the country, including well-known names such as ExxonMobil, Apple, IBM, and GE.

The fund is one of the safer options in the equity world, as the companies on this list are very unlikely to go under unless there is an apocalyptic event in the economy, according to VettaFi. On the other hand, however, the securities in SPLV are unlikely to grow very much either, as they are already pretty large and have probably seen their fastest growing days in years past — but most do pay out solid dividends.

SPLV will likely outperform in a bear market and underperform broad markets in a bull market, making it a way to bet on the economic growth prospects of the country as well.