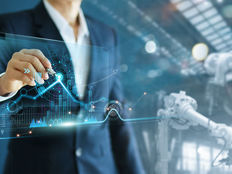 U.S. Army May Use Robots to Haul Ammunition

Disruptive technology in the form of robotics can supplant humans when it comes to tasks that are deemed cumbersome or in the case of military usage, dangerous. In this instance, the U.S. army is utilizing robots to haul ammunition–a job that comes with its own perils and headaches, which is something that robotics can help alleviate.

In a world where the use of robotics is sparking controversy when it comes to taking away human jobs, this is one case where it’s not difficult for man to yield to machine.

“Traditionally, one of the most unpleasant jobs in the military has been ammunition haulers,” wrote Kyle Mizokami in Popular Mechanics. “The task involves basically truck driving coupled with the excitement of moving shells designed to explode, causing maximum damage to everything around them. Now the U.S. Army could eliminate that job altogether while still getting front-line units the artillery shells they need—by giving the job to robots.”

Six companies are participating in the cohort to help the U.S. Army with this particularly arduous task of resupplying field artillery units with greater efficiency.

“The current methodology the United States Army uses is a lot of manual labor,” said Maj. Chris Isch, assistant operations officer for Long Range Precision Fires. “For every projectile that goes down range, that projectile is picked up no less than five different times by a Soldier and moved manually – and each one of those projectiles is 100 lbs. In order to make that whole process faster and more efficient we are looking for ways to automate that as much as possible.”

The common denominator is that robotics should continue to experience growth, which bodes well for the Global X Robotics & Artificial Intelligence Thematic ETF (BOTZ). BOTZ seeks to invest in companies that potentially stand to benefit from increased adoption and utilization of robotics and artificial intelligence (AI), including those involved with industrial robotics and automation, non-industrial robots, and autonomous vehicles.