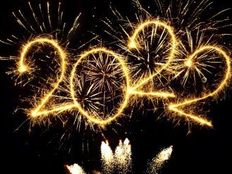 And while 2022 was an historically bad year for bonds, interest in high yield fixed income from investors and advisors remained strong, as demonstrated by the institutional investors turning to the products that BondBloxx had to offer, as well as the high volume of readers checking out stories about high yield.

In a year where yields for so-called junk bonds reached more than 8% and investors poured money into these funds, here are the most-read stories focused on high yield fixed income in 2022:

The most-read story about high yield during the year outlined how the positioning decisions investors make among industry sectors in U.S. high yield can have material performance implications for their portfolios. Case in point: BondBloxx found that year-to-date through the end of August, there was more than a 900-basis-point return difference between the best and worst performing industry sectors. So, within high-yield fixed income, sectors clearly matter.

When the second-most-read story on high yield was published in March, the war in Ukraine pushed crude oil to more than $100 a barrel. This in turn led high-yield energy to outperform all other high-yield sectors at that point in the year. BondBloxx co-founder and CIO Elya Schwartzman noted that for the 30 days ending March 11, the high-yield energy sector returned more than 60 basis points, vs. -180 bps for high yield excluding energy. Again: sectors matter.

The importance of sector positioning really was a prevalent theme in 2022. The third-most-read story was an interview with BondBloxx co-founder Joanna Gallegos, who explained that BondBloxx was formed to provide precise fixed income exposure for institutional investors via ETFs, because, you guessed it: sectors matter.

“Institutions are looking for products that give them precise exposure, but they’ve really been limited in what they can do since these types of tools are underrepresented in the ETF landscape,” Gallegos told VettaFi in January — mere weeks before BondBloxx would launch its debut suite of sector-specific funds. “Most fixed income products in the market are broad based.”