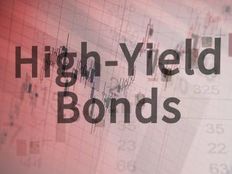 As investors reposition their fixed income portfolios, single-B high yield bonds may offer the opportunity for potential outperformance going forward. Those seeking exposure to these high yield fixed income securities may want to consider the BondBloxx B Rated USD High Yield Corporate Bond ETF (XB ), which seeks to invest in bonds rated B1 through B3.

XB is one of three ratings-specific high yield bond ETFs that BondBloxx launched in May.