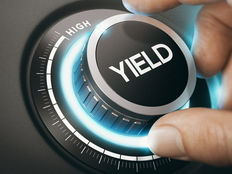 High yield fixed income has become a lot more attractive to investors now that yields have soared. Falling prices have pushed yields on such bond funds to around 8.4%, nearly twice the average yield of 4.35% at the end of 2021. But with analysts forecasting a possible recession in 2023, it makes sense to stick with single- and double-Bs, rather than triple-Cs.

Double-B-rated bonds recently yielded 6.9%, compared with 8.7% for Single-Bs, according to BofA Research. Meanwhile, the yield for Triple-Cs is above 15%. As of Dec. 2, Double-Bs gained 1.8% over three months, while Triple-Cs returned -1.9%, according to BofA.

Martin Fridson, chief investment officer at Lehmann Livian Fridson Advisors, told Barron’s that investors were better off avoiding bonds with triple-C ratings in the 12 months after yields peaked before a recession in the early 1990s. “In the majority of cases, it meant the difference between a negative and positive return for the period,” regardless of the maturity date of the securities, Fridson added.

Appearing on CNBC’s “Market Alert” earlier this month, BondBloxx Investment Management co-founder Joanna Gallegos said that “there is an incredible amount of opportunity in the bond market that hasn’t existed for decades,” adding that single-Bs are “the Goldilocks of high yield,” since they’re “less rate-sensitive than double-Bs and… less idiosyncratic risk than triple-Cs.”