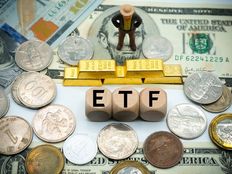 Since launching its first seven industry sector-specific high-yield bond ETFs in February, institutional investors have taken to the products and expertise of BondBloxx Investment Management. Case in point: the Municipal Employees Retirement System of Michigan.

As of June 30, the Lansing-based state pension plan had roughly $53 million allocated to three BondBloxx ETFs. Now, MERS has about $400 million in a dozen ETFs from the issuer, according to a 13F filed this month.

The BondBloxx funds MERS has in its portfolio are its three ratings-specific high-yield bond ETFs, eight target-duration U.S. Treasury ETFs, and one short-duration emerging market bond ETF. Paul Van Gilder, a senior investment officer and portfolio manager at MERS, told Pensions & Investments that although BondBloxx is a new firm, it has “an extremely deep team” with "extensive industry experience.”

According to Van Gilder, the team’s experience, combined with the transparency and liquidity of the ETF structure, “allowed MERS to become comfortable with BondBloxx as an investment manager.” He added that MERS views its positions in the 12 BondBloxx ETFs as “long-term holds.”

The MERS PM told P&I that he believes fixed income markets will be “quite a bit more volatile” over the next 10 years than they have been during the last 10, and that “increased precision with a number of different ETF products will help investors manage their portfolios better.” BondBloxx has launched 19 fixed income ETFs since February.