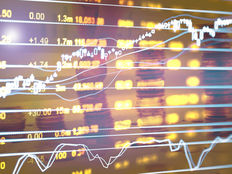 Can Gold Re-Establish The Gains from Earlier This Year?

Gold has fallen from its record highs earlier this year when inverted yield curves, fears of slowing global growth and the U.S.-China trade war spooked investors into seeking safe haven assets like precious metals. Right now, it’s a constant battle between risk-on and risk-off, which will determine where gold will head moving forward.

“The macro narrative has shifted from ‘recession or no recession’ to ‘no recession or cyclical upturn’ … Given the notable lack of physical support, the critical gold support into year-end, rests on both structural investor interest recommitting and CB [central banks]interest reengaging to offset potentially strong fresh paper shorts (who are underweight),” wrote Scotiabank commodity strategist Nicky Shiels.

Per a Kitco News report, Scotiabank also “discovered that investor inflows have the best correlation to gold price fluctuations out of the combined demand fundamentals that include jewelry, central bank buying, and investor demand. Based on Scotiabank’s model, gold should have gained 26% considering the strong central bank and investor demand in 2019, which equated to 54 million ounces.”

Traders looking to buy the dip can play gold miners and look at the *Direxion Daily Gold Miners Bull 3X ETF (NUGT C+)*, which makes a play on gold miners. NUGT seeks daily investment results, before fees and expenses, of either 300%, or 300% of the inverse (or opposite), of the performance of the NYSE Arca Gold Miners Index.

The index is a modified market capitalization-weighted index comprised of publicly traded companies that operate globally in both developed and emerging markets, and are involved primarily in mining for gold and, to a lesser extent, in mining for silver. The Index will limit the weight of companies whose revenues are more significantly exposed to silver mining to less than 20% of the Index at each rebalance date.

NUGT is a deal for:

For traders who want less leverage and pure gold price exposure, there’s the  ProShares Ultra Gold (UGL A). UGL seeks a return that is 2x the return of a benchmark (target) for a single day, as measured from one NAV calculation to the next.

UGL is ideal for: