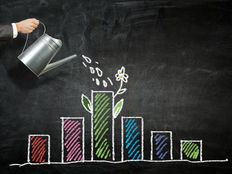 Could Capitulation Actually Mean Getting Invested?

One unique aspect of markets is that they are driven by the human emotions of fear and greed. Nobody wants to miss out on a bull market move higher, but investors simultaneously hesitate from fear, seeing how the move has already traveled so far without them. As a result, they wait on the sidelines until suddenly the pain of missing out is overcome by to greed, causing investors to jump in with both feet, often at the top. This cycle is what drives markets higher and then allows them to come back to earth. As famous stock trader Jesse Livermore said, “Markets are never wrong – opinions often are.”

This very pattern is what has driven markets this past decade, and could be a factor in the near future as well, according to one expert.

While history often repeats itself, we don’t have to look back too far to see this pattern, notes Slimmon. In fact, with Thanksgiving having just passed, the analyst notes that a very similar phenomenon occurred twice in the last 6 years.

“That’s what happened in 2013 and 2017. Fun flows turn positive, and investors invested. I think that’s what’s gonna happen next year. The volatility comment, if you look back on 2013 and 2017, there was very little volatility because every pullback was an opportunity to actually get invested. We had three down days around Thanksgiving and then the market reversed. I think it’s because the pullback gives investors the opportunity to get in,” Slimmon remarked.

While capitulation is normally considered something investors do when a trade moves against them, and they are forced to finally exit at a loss, Slimmon sees it more as investors finally jumping into the market, realizing they were wrong to get out in the first place.

“An interesting factoid is that in the last 35 years every year where there’s been net outflows from equities, the next year the market is up because people capitulate. So the capitulation is capitulating is getting back in,” Slimmon added.