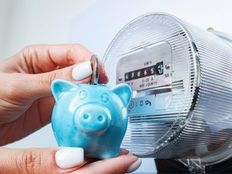 Utilities are a typical go-to play whenever the overall stock market is trending downward due to their relative stability. However, the sector has been languishing as of late, but there are still profitable opportunities out there.

At the start of the year, the utilities sector was one of the best performers as inflation fears racked the stock market. Heading into the fourth and final quarter of 2022, however, things have taken a turn for the worse.

“Earlier this year, utility stocks were among the best-performing segments of the market as investors turned to defensive sectors to weather the financial storm,” a Wall Street Journal report noted.

It might seem like the sector should be getting more love than it is now, especially given that recession fears are looming. As the U.S. Federal Reserve continues to tighten monetary policy amid rising inflation, the fear is that it will do so until economic growth is stifled.

As such, utility stocks should be a prime safe haven play, but that hasn’t been the case most recently. It could merely be a correction after the sector was flying high for most of the year.

“Utility stocks are typically thought of as more stable than overall equity markets as providers collect steady checks from customers even when the economy slows,” the report added. “At its 2022 high in mid-September, the S&P 500 utilities sector was up more than 8% year to date.”

The S&P 500 Energy index is up almost 50% for the year, while the Direxion Daily Energy Bull 2X Shares (ERX A-) is up almost 100% for the year with its triple leverage. ERX seeks daily investment results equal to 200% of the daily performance of the Energy Select Sector Index — the index is provided by S&P Dow Jones Indices and includes domestic companies from the energy sector, which consists of the following industries: oil, gas, consumable fuels, and energy equipment and services.

Another potential play is rising yields on government debt. As such, being bearish on Treasury note prices can be a profitable endeavor via inverse ETFs such as the Direxion Daily 7-10 Year Treasury Bear 3X Shares (TYO B).

TYO seeks daily investment results, before fees and expenses, of 300% of the inverse (or opposite) of the daily performance of the ICE U.S. Treasury 7-10 Year Bond Index. The index is a market-value-weighted index that includes publicly issued U.S. Treasury securities that have a remaining maturity of greater than seven years and less than or equal to 10 years.