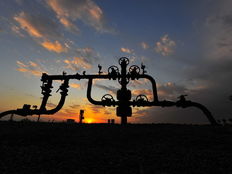 ETFs to Trade After US Set New Natural Gas Records

Right now, however, natural gas prices are moving sideways, but watching certain key resistance and support levels might help to determine where they may be headed.

“Natural gas prices moved higher but remain range-bound,” Becker wrote. “Support is seen at the November lows at 2.52. A break of this level would see a test of the October lows at 2.38. Resistance is seen near the 10-day moving average at 2.73. Short term momentum is neutral as the fast stochastic hover near the middle of the neutral range with a flat trajectory.”

For the bulls looking to go long, there’s the Direxion Daily Natural Gas Related Bull 3X ETF (GASL B-). GASL seeks daily investment results equal to 300% of the daily performance of the ISE-Revere Natural Gas IndexTM. The index is designed to take advantage of both event-driven news and long term trends in the natural gas industry.

For the bears, the Direxion Daily Natural Gas Related Bear 3X Shares (GASX C+) should continue to appease the short side traders. GASX seeks daily investment results equal to of 300% of the inverse of the daily performance of the ISE-Revere Natural Gas IndexTM, which is designed to take advantage of both event-driven news and long term trends in the natural gas industry.