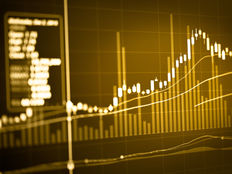 Gold Prices Take a Breather, but More Gains Could Be Ahead

The market expectation of future rate cuts by the Federal Reserve saw gold surpass its 5-year high last week after the central bank said it “will act as appropriate to sustain” economic expansion.

Gold prices took a breather by falling below the $1,400 price level to start the trading week, but it could be the precursor to more gains ahead.

“What we’re likely to see is some interest in terms of the share price rising, but we’re also going to see a rush of companies running to their bankers hoping to raise money with this increase in the gold price,” said Brent Cook of Exploration Insights.

The recent gains in gold prices are affecting players in the precious metal industry at various levels.

“Mid-tier companies recognize they can’t replace their current reserves with economic deposits, and they’re going to be fishing down into the junior sector looking to pick up resources or probably, more importantly, solid prospects run by good junior companies that offer the potential to a major discovery, something they can look at putting into production ten years down the road. That’s really where the money’s going to go eventually, I think,” Cook added.

Investors can look at exchange-traded funds (ETFs) like the SPDR Gold MiniShares (GLDM) and SPDR Gold Shares (GLD A-). Adding precious metals to a portfolio certainly speaks to the diversification benefits of gold, among other things.

“They’re two different investment scenarios. The physical gold, you’re holding in case of a complete disaster. The miners, you’re speculating on an increasing gold price and that gives you much more leverage,” said Cook.

A data-fueled Fed will no doubt take into account the latest economic data, such as the latest jobs report from the Commerce Department as an indicator on the health of the economy. Earlier this month, the Labor Department revealed that only 75,000 jobs were created in May, which fell below expectations and could be a sign that the U.S. economy could be on the verge of a slowdown.

Now that a U.S.-China trade deal is left in limbo, it leaves investors looking for the next trigger event to save the markets. With the central bank keeping rates steady thus far in 2019, the next move investors are hoping for is a rate cut, especially if the Fed is sensing a slowdown given the latest economic data.

That should give gold ETFs a boost through the rest of the year until a cut actually happens.