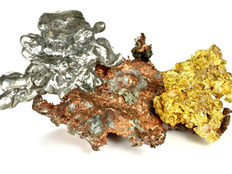 The U.S.-China “phase one” trade deal that is set to be signed today is injecting a healthy dose of optimism into the markets, which is keeping gold and silver prices at bay. After hitting highs the previous week, this week could see a rollercoaster-like drop as precious metals traders brace themselves for the wild ride.

“Gold and silver appear to be headed lower, and there doesn’t appear to be anything that will slow the metals from another trend reversal,” wrote Todd “Bubba” Horwitz in Kitco News. “All the wishing and praying won’t make them rally to last week’s highs.”

Rising tensions in the Middle East following a U.S. airstrike that killed an Iranian general put markets in a panic as investors dove into safe haven assets like precious metals last week.

“The highs made last Tuesday night were made on a move that was based on panic, which is never the beginning of a move,” Horwitz said. “Typically, blow-off tops or bottoms are the end of a move, not the beginning. Last Tuesday’s move looked like the end, which means gold is probably headed back to $1,500 and silver to $17.50, based on the futures markets.”

“Based on our algorithm, we are still long; however, we are very close to changing to the short side, based on Monday’s close,” Horwitz added. “If the metals close lower today, we will reverse and get short, which the charts and the patterns are indicating. The next move of size should be lower.”

Investors looking for core exposure to gold in 2020 can look at the *SPDR Gold Shares (GLD A-)*. GLD seeks to reflect the performance of the price of gold bullion, less the expenses of the Trust’s operations–the Trust holds gold bars and from time to time, issues baskets in exchange for deposits of gold and distributes gold in connection with redemptions of baskets.

Traders looking to use leverage can look at the *Direxion Daily Gold Miners Bull 3X ETF (NUGT C+)*, which makes an indirect play on the precious metal via gold miners. NUGT seeks daily investment results, before fees and expenses, of either 300%, or 300% of the inverse (or opposite), of the performance of the NYSE Arca Gold Miners Index.

ETF investors looking to get in on the silver action can look to funds like the *iShares Silver Trust (SLV C+)* and the *Aberdeen Standard Physical Silver Shares ETF (SIVR B), two of the largest ETFs backed by holdings of physical silver. For those looking for leverage, they can look to ETFs like the VelocityShares 3x Long Silver ETN Linked to the S&P GSCI Silver Index ER (USLV C+)  and the ProShares Ultra Silver (AGQ A-)*.