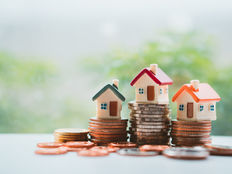 Lower interest rates are injecting more optimism for home builders as they look to the close of 2019 and into 2020. This comes despite the National Association of Home Builders’ monthly confidence index falling one point to 70 in the month of November after October’s number represented a 20-month high.

Nonetheless, the latest November reading is still above 50, which is a sign of improving confidence. Home builders expect future sales to grow in the next six months, but confidence in near-term prospects for homes currently on the market is lower.

Per a MarketWatch report, the NAHB indicator “of expectations for future sales over the next six months increased one point to 77. However, the gauge of current single-family home sales fell two points to 76, while the index that measures sentiment regarding prospective buyer traffic dropped one point to 53.”

“We continue to believe consumers remain highly-attuned to price and field conditions remain competitive in most major markets, but that pricing power for builders may be nudging higher, as it may also be for land sellers serving these builders,” wrote BTIG Research homebuilding analyst Carl Reichardt, Jr. and REIT analyst Ryan Gilbert in a research note based on a survey of small- and medium-sized home builders.

Lower mortgage rates could continue to give the housing market a much-needed boost, which could translate to more strength for homebuilders. Rising rates, low affordability and rising homebuilder costs due to tariffs have been thorns in the side for the housing market, but the Fed’s interest rate policy reversal in 2019 could signal a more favorable shift.

Interest rate discussions was one of the items on the docket when U.S. President Donald Trump met with Federal Reserve Chairman Jerome Powell on Monday.

Per a Fed statement:

“At the President’s invitation, Chair Powell met with the President and the Treasury Secretary Monday morning at the White House to discuss the economy, growth, employment and inflation.

Chair Powell’s comments were consistent with his remarks at his congressional hearings last week. He did not discuss his expectations for monetary policy, except to stress that the path of policy will depend entirely on incoming information that bears on the outlook for the economy.”