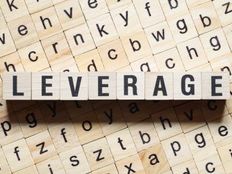 If Bonds Outperform, Give This ETF Some Consideration

The macroeconomic backdrop for bonds could be improving for 2023 with the U.S. Federal Reserve slowing down its pace of rate hikes and other factors. That said, traders may want to look at amplifying their gains with bullish bond ETFs that utilize leverage.

Global investment firm Goldman Sachs is already painting a rosy picture for bonds with the anticipation that yields will be going higher. That said, it should increase the demand for bonds in 2023, especially if bond yields can outpace those of stock dividends.

That should appease fixed income investors who had to look for alternate sources of yield, which typically meant having to take on more risk. In a report, Goldman Sachs’ forecast of bond yields surpassing dividends is one that hasn’t been seen in over a decade.

“Per Goldman Sachs, 2023 bond yields will surpass stock dividends,” Yahoo! Finance reported. “This hasn’t happened since the height of the Great Recession in 2008, per the report. Investors are finding value in bonds for the first time in a decade as higher interest rates make fixed-income lucrative, according to JPMorgan Chase & Co.’s Bob Michele, as quoted on Bloomberg.”

Rising yields in benchmark Treasury notes should also increase their demand with investors getting the best of both worlds — yield, but at the same time, within the safe confines of government debt. Goldman Sachs was quick to note that the gap between bond yields and dividend yields has been lessening over the last couple of years.

“The Goldman report stated that the S&P 500 Index of U.S. stocks has a dividend yield of only about 1.7% and cyclically adjusted earnings yield close to 4%,” the Yahoo! report added. “The gap in yields between stocks and bonds has tapered considerably since the COVID-19 crisis and is now relatively low.”

More demand for bonds could help add to the push of bond prices even with the pull of yields ticking higher. That said, traders may want to give the Direxion Daily 7-10 Year Treasury Bull 3X Shares (TYD B-) a closer look.

TYD seeks 300% of the daily performance of the ICE U.S. Treasury 7-10 Year Bond Index. The index is a market value-weighted index that includes publicly issued U.S. Treasury securities that have a remaining maturity of greater than seven years and less than or equal to 10 years.

If the uptrend reverses, there’s always inverse ETFs to take the other side of the trade. That said, also consider the Direxion Daily 7-10 Year Treasury Bear 3X Shares (TYO B) as a tactical tool for trade reversals.