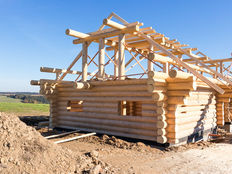 Freddie Mac released the results of its Primary Mortgage Market Survey®, which shows that the 30-year fixed-rate mortgage (FRM) averaged 3.72 percent. Low interest rates to start 2020 could help give a shot in the arm to homebuilder ETFs in the new year.

Lower mortgage rates could continue to give the housing market a much-needed boost, which could translate to more strength for homebuilders. Rising rates, low affordability and rising homebuilder costs due to tariffs have been thorns in the side for the housing market the past couple of years.

“The combination of improved economic data and market sentiment has led to stability in mortgage rates, which have hovered around 3.7 percent for nearly the last two months,” said Sam Khater, Freddie Mac’s Chief Economist, in a press release. “The stability is welcome news after the interest rate turbulence of the last year, which caused a slowdown in the housing market and other interest rate sensitive sectors. The low mortgage rate environment combined with the red-hot labor market is setting the stage for a continued rise in home sales and home prices.”

A confluence of lower mortgage rates and rising affordability could fuel gains for homebuilder ETFs. In particular, the *SPDR S&P Homebuilders ETF (XHB A+)* is starting to see institutional investor interest rise.

XHB seeks to provide investment results that correspond generally to the total return performance of an index derived from the homebuilding segment of a U.S. total market composite index. In order to track the performance of the S&P Homebuilders Select Industry Index, the fund employs a sampling strategy.