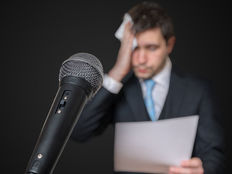 U.S. stocks sold off early Friday as optimism that had risen about the prospects of the U.S. scrapping duties was quickly curtailed. In the continued drama that is the trade war, President Donald Trump said Friday he has not agreed to scrap tariffs on Chinese goods, as was claimed yesterday, dashing dreams about a coming resolution to the protracted trade conflict. Markets have since bounced back some as of 1 pm ET.

“They’d like to have a rollback. I haven’t agreed to anything,” he told reporters before departing the White House on his way to Georgia. “China would like to get somewhat of a rollback, not a complete rollback because they know I won’t do it.”

Skepticism quickly developed Thursday over China’s statement that the U.S. agreed to roll back tariffs. Some administration officials and outside advisors opposed the prospect of eliminating duties, concerned that it would diminish American leverage in ongoing talks, Reuters reported.

On Thursday night, Trump trade advisor Peter Navarro also denied the reports. He told Fox Business Network that “the only person who can make [the decision to roll back tariffs]is Donald J. Trump.”

The 10 Year Yield, which had fallen off sharply in price recently, has leveled out today some, after yields have quickly approached 2%. Bond yields move inversely to prices.

Investors who were rejoicing the possible end to the trade war are now more cautionary, as the roller-coaster headlines continue to affect the markets.

“The last 24 hours have seen a bit of whiplash in the U.S./China trade drama, as a potentially negative headline yesterday has been more than offset by a positive one this morning,” said Tom Essaye, founder of The Sevens Report, in a note to clients. But “it’s fair to say that at these levels, the market is already partially pricing in removal of the tariffs that were implemented on September 1.”

“That also means the risk is of disappointment is now real on an actual phase-one announcement, because if all we get is ‘what’s expected’ and we don’t see any existing tariff removal, we could easily see a sell-the-news reaction in stocks,” Essaye said.