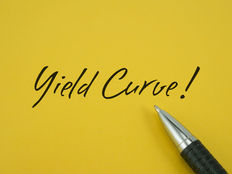 Investor fears of an inverted yield curve have been sending the markets on a volatile ride the past week, but on Friday, those fears eased as the Dow Jones Industrial Average proceeded to gain over 100 points in the early trading session.

Fears of a global economic slowdown was compounded by market noise of an inverted yield curve blaring from the bond community. The short-term 3-month and longer-term 10-year yield curve inversion has been the prime focus the past week–an event that hasn’t been seen since 2007–just ahead of the financial crisis.

The inversion came after the central bank decided to keep interest rates unchanged last week. In move that was widely anticipated by most market experts, the Federal Reserve elected to keep rates unchanged, holding its policy rate in a range between 2.25 percent and 2.5 percent.

In addition, the central bank alluded to no more rate hikes for the rest of 2019 after initially forecasting two in December of last year. Four rate hikes came during the 2018–the last of which was during the peak of fourth quarter sell-offs in U.S. equities.

“The irrational moment of December was just that, a moment driven by tax selling, algorithms and people being extremely emotional about the headlines,” said Phil Blancato, CEO of Ladenburg Thalmann Asset Management. “While December was oversold, January and February were overbought. The reason why is, while stocks got cheap for a brief amount of time, the economy is not strong enough to drive a 12 percent return on the stock market in an environment like this.”

A recurring theme of “patience” was mentioned in Fed Chair Jerome Powell’s press conference following the rate announcement. Additionally Powell mentioned that the U.S. economy is in a “good place,” but fears of a global economic slowdown affecting have been the tenor of the markets as of late.

“When you look at the full quarter, the thing that stands out the most is the divergence in the direction of the stock markets across the world and the direction of the 10-year bond in the U.S. and in other countries,” said Tom Martin, senior portfolio manager at Globalt. “The data is poor. Interest rates have gone down as a reflection of that and expectations for future economic growth have also declined.”