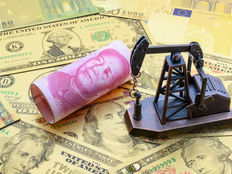 China is the world’s largest oil consumer and as such, oil prices can hinge upon how well its economy is performing. For example, positive economic data from China helped spur a rise in oil prices on Wednesday.

Per a CNBC report, “A private survey showed that activity in China’s services sector expanded at the fastest pace in three months in August as new orders rose, prompting the biggest increase in hiring in more than a year. In addition, investor risk appetite was further revived after Hong Kong withdrew the contentious extradition bill at the heart of recent protests.”

This saw oil prices jump by 4 percent, which counters the losses the commodity has been experiencing due to fears of weakening global demand. Oil traders can also blame the decline on the U.S.-China trade war.

With September meetings scheduled, oil traders will be keeping a close watch on these events.

“Oil prices however remain focused on the trade war and the longer we don’t see a date scheduled for a face-to-face meeting between Chinese and U.S. officials, the greater the odds we could see a retest of the summer lows,” Edward Moya, senior market analyst at OANDA in New York, said in a report.

Of course, oil prices won’t sway only by China, but by the latest activities of the Organization of the Petroleum Exporting Countries (OPEC).

“Crude oil remains troubled by reports that production from OPEC, Russia and the U.S. all rose last month. This (comes) at a time when the strength of demand growth, due to trade war pessimism, has increasingly been called into question,” Saxo Bank commodity strategist Ole Hansen said.

Tricks of the Oil Trade

Traders looking to make a play on oil can look to leveraged exchange-traded funds (ETFs). Whether they’re bullish or bearish on the commodity or the energy sector, traders have a plethora of options.