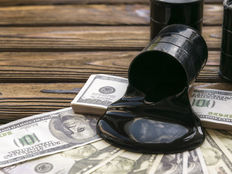 U.S.-China trade deal negotiations fueled optimism in the capital markets last week, including oil, but prices eased early on Monday as traders await key economic data. The U.S., China and European Union are scheduled to release manufacturing data and other economic indicators, which could nudge oil prices higher or lower.

“Friday’s mega-rally was built on a combination of not-as-bad-as-feared data and optimism on a trade deal that really, only keeps the lights on. It does not increase the brightness of the world economy,” said Jeffrey Halley, a Singapore-based senior market analyst for Asia Pacific at OANDA. “With plenty of oil going around for everyone from everywhere, oil, in particular, will be more susceptible to headline bombs this week.”

3 leveraged ETFs to consider include the following: