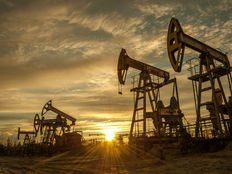 Oil prices tumbled more than 20 percent since the end of April due to fears of global demand as fears of slower growth worldwide are taking hold of the commodity. It didn’t help that the U.S.-China trade deal that was supposed to happen went sideways, but oil traders and investors are still hoping that oil prices will still end up higher.

“The (oil) market is in a rut and desperately in need of some robust economic data to get it out of this funk,” said Stephen Innes, managing partner at Vanguard Markets in Bangkok.

Geopolitical oil supply disruptions could continue to feed into higher oil prices, which will benefit bullish bettors. Attacks on two oil tanker ships off the coast of Iran sent oil prices upward as finger pointing between the United States and Iran ensued.