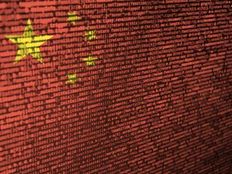 Play a Chinese Tech Rebound With This Leveraged ETF

Irrespective of specific country, technology has been feeling the pangs of inflation fears this year. However, in the case of China, its government is ready to dominate the globe when it comes to technology.

Like big tech companies residing in the Nasdaq-100, China’s giants like Alibaba and Tencent Holdings haven’t been immune to the broad tech weakness thanks to inflation. Furthermore, the problem may have started last year with the government’s crackdown on monopolies.

Nonetheless, as China looks to wean itself from the technological independence from other countries, it has the full backing of the federal government.

“There’s one field of competition between the US and China in their emerging Cold War that almost certainly trumps any other,” a Bloomberg article said, noting the battle for technological supremacy between the world’s two largest economies.

“But it is the arena of technology where the biggest battle is already in high gear,” the report said. “Look no further than Chinese President Xi Jinping’s call this week for a ‘whole-nation system’ to advance China’s technological and industrial advancement.”

The report noted that President Xi said the Chinese government would be more proactive in order to further the country’s agenda for technological advancement.

“This meeting readout is a signal that Xi is likely to double down on the state influencing the direction of the domestic chip industry, as opposed to increasing the influence market-drivers have on resource allocation,” said Jordan Schneider, a senior analyst at Rhodium Group and host of the China Talk podcast.

At some point, China’s tech sector will make a vaunted comeback. As such, traders will want to follow the Direxion Daily CSI China Internet Bull 2X Shares (CWEB C) for any potential opportunities if they’re looking to double up their exposure to Chinese tech, or companies operating within internet-based applications specifically.

CWEB seeks daily investment results equal to 200% of the daily performance of the CSI Overseas China Internet Index, which is designed to measure the performance of the investable universe of publicly traded China-based companies whose primary business or businesses are in the internet and internet-related sectors.