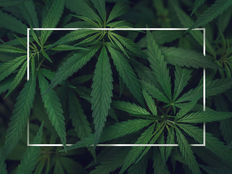 The first leveraged exchange-traded product in the U.S. linked to the cannabis industry launched today on the New York Stock Exchange.

REX Shares today added to its MicroSectors™ lineup with the launch of MJO, an Exchange-Traded Note (ETN) linked to MSMJ, the Indxx MicroSectors™ North American Cannabis Index, and will seek to provide 2x leveraged exposure to the Index.

Scott Acheychek, President of REX, told ETF Trends that the reality is that the U.S. is still in the very early days in many aspects of cannabis.

“Despite the cultivator led sell-off, the interest level and the headlines in this emerging industry has not slowed down,” Acheychek said. “Most recently, Pew published a report stating that two-thirds of Americans now support marijuana legalization including a majority of republicans. The tide is changing.”

Acheychek said this is a new sector that has endured a high level of volatility.

“Despite the market downturn, there is still a great amount of interest and trading volume in Cannabis stocks, although there is a gap in terms of ETP related trading products, specifically leverage trading products until now,” he said. “We are in this for the long haul and believe the cannabis industry is in its infancy. Our index took a great deal of time to build. We wanted to create products that are linked to the best index possible and we are very pleased that we are able to combine everything that was important to us; corporate governance, market cap and trading liquidity screenings. We also looked to break up the companies that have cannabis derived revenue into one of five segments: Cultivator, Pharmaceuticals, Testing & Analytics, Industrial Hemp, and Ancillary. If we wanted to have a basket of cultivators we could have done that a year or more ago, but it was important for us to look beyond one aspect and to consider the entire Cannabis eco-system including pure and quasi plays.”

The Index provides a quarterly IPO review for new issuances and a quarterly review for stocks facing potential regulatory bars to engaging in the cannabis industry. The Index selects U.S. and Canadian constituents from five key sub-themes: Cultivator, Pharmaceuticals, Testing & Analytics, Industrial Hemp, and Ancillary. Companies are screened as either pure play or quasi play depending on the percentage of revenue that is derived from Cannabis.

REX sees large demand for ETNs in this sector.

“We created the MicroSectors lineup to innovate the ETP landscape and launch ‘first of’ products like this first 2x Cannabis ETN in the United States,” said Acheychek. “BMO has been a great partner and we enjoyed working with Indxx for the first time on this index. We are all thrilled to launch these ETNs. They represent a tremendous step forward for cannabis stock investing and trading, and we believe they are providing many U.S. investors with the targeted North American cannabis industry exposure they’re looking for.”

As the first leveraged exchange-traded cannabis product available in the U.S., MJO opens up new trading possibilities for sophisticated investors.

“We’re particularly excited about providing U.S. tactical investors with daily 2x leveraged exposure to the cannabis industry,” Acheychek continued. “We think it will serve as a valuable additional tool in investors’ trading toolkits.”

This article originally appeared on our sister site, ETFtrends.com.