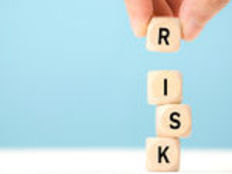 With the market in full watchdog mode as the Coronavirus continues to spread, two of January’s top-performing Direxion leveraged ETFs are providing mixed signals on sentiment.

The Direxion Daily Utilities Bull 3X Shares, up 19% year-to-date, and the Direxion Daily Homebuilders & Supplies Bull 3X Shares, up 31%, have produced stellar results in an increasingly tumultuous market. Given that utilities and homebuilding fall under two very different market strategies, one defensive and the other pro-cyclical, the two funds represent the unique market environment in which U.S. equities find themselves in 2020.

Prior to the volatility induced by spread of the Coronavirus, major indexes had been making new all-time highs on an almost weekly basis. But against that, there were indications that traders have been increasingly hedging their bets. The spot price of gold is still near its 8-year high, treasury yields have dropped to a 3-month low as traders flock to buy up government debt and CBOE’s Volatility index has recently spiked above the already elevated spot price of front-month VIX futures contracts.

It makes sense then that traders are getting behind the consistent momentum in the typically defensive utilities industry. American Electric Power, NextEra Energy and Dominion are all higher by 10% or more over the course of January, while other major components like Duke Energy and Exelon have also posted an impressive 6 % move since the start of the year.

At the same time, the domestic and global economic picture is still generally sound and, in most cases, better than it was in 2019. Consumer spending in the U.S. remains robust at an estimated 4% annual increase over 2018, monthly readings from the U.S. Producer Manufacturing Index are generally steadily above the 50 point growth threshold and the finalization of the phase one trade deal between the U.S. and China is an encouraging development for the weakened global trade outlook.

These signals suggest the U.S. economy is fundamentally sound, if not strong, and as a result investors are falling behind real estate, one of the prime barometers of economic health. KB Home and D.R. Horton are both higher by 11% or more through January while Pulte Group reached 20% near the end of the month before retreating slightly.

What Built the Rally?

So why are utilities and homebuilders both thriving despite the conflicting economic signals pushing them higher? In part, it’s thanks to cheap materials.

Utility companies have been on a prolonged bull run since late-2018 when the price of natural gas spiked more than 60% and then plummeted to multi-year lows. Since then, the commodity’s price has been saddled with a massive supply glut that shows little sign of abating in the near-term.

Homebuilders are also reaping their own discounts on material expenses since a similar scenario played out in the lumber market through 2018 and 2019. After spiking about 60% through the initial months of 2018 thanks to tariffs placed on Canadian lumber imports, prices fell back down to earth by 2019 and have been relatively stable since. The low price on other materials like aluminum and copper as well as a booming domestic real estate market aided by record-low mortgage rates have also kept builders and suppliers busy even as new housing starts hit a decade-high.

Given the conflicting signals, it’s impossible to make a uniformly bullish or bearish call on the market. However, the fundamental strength underlying the recent performance of these industries appears to have made them less reactive to some of the forces that have recently rattled the broad market.

Traders should still remain aware of earnings reports coming up from the major players in these industries. NextEra, for instance, delivered a top- and bottom-line earnings miss in January, although it did little to impede the stock’s growth. The rest of the utility companies are expected to report in February, while homebuilders have already delivered their fourth-quarter results and aren’t expected to report again until March and April.

Economic shocks could also inform how these two industries play out in the near future. Slow wage growth and rocketing home prices already represent a possible obstacle for demand and affordability in that segment.

Nevertheless, given the mixed economic environment of early 2020, utility and homebuilder stocks aren’t the strangest bedfellows to keep for traders.

The Dow Jones U.S. Select Home Construction Index is a product of S&P Dow Jones Indices LLC (“SPDJI”), and has been licensed for use by Rafferty Asset Management, LLC (“Rafferty”). Standard & Poor’s® and S&P® are registered trademarks of Standard & Poor’s Financial Services LLC (“S&P”); Dow Jones® is a registered trademark of Dow Jones Trademark Holdings LLC (“Dow Jones”); and these trademarks have been licensed for use by SPDJI and sublicensed for certain purposes by Rafferty. Rafferty’s ETFs are not sponsored, endorsed, sold or promoted by SPDJI, Dow Jones, S&P, their respective affiliates and none of such parties make any representation regarding the advisability of investing in such product(s) nor do they have any liability for any errors, omissions, or interruptions of the Dow Jones U.S. Select Home Construction Index.

The “Utilities Select Sector Index” is a product of S&P Dow Jones Indices LLC (“SPDJI”), and has been licensed for use by Rafferty Asset Management, LLC (“Rafferty”). Standard & Poor’s® and S&P® are registered trademarks of Standard & Poor’s Financial Services LLC (“S&P”); Dow Jones® is a registered trademark of Dow Jones Trademark Holdings LLC (“Dow Jones”); and these trademarks have been licensed for use by SPDJI and sublicensed for certain purposes by Rafferty. Rafferty’s ETFs are not sponsored, endorsed, sold or promoted by SPDJI, Dow Jones, S&P, their respective affiliates and none of such parties make any representation regarding the advisability of investing in such product(s) nor do they have any liability for any errors, omissions, or interruptions of the Utilities Select Sector Index.