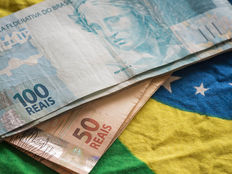 Success of “BRZU” ETF Hinges on Economy and the President

Brazilian president Jair Bolsonaro earned an uptick in approval ratings following a 0.6% rise in the country’s economy in the third quarter. Of course, the success of one begets the other and in this case, it’s the economy driving Bolsonaro’s popularity—both prime factors for the success of the Direxion Daily MSCI Brazil Bull 3X ETF (BRZU ).

“Brazil President Jair Bolsonaro’s approval rating stabilized following a drop earlier this year amid increased optimism on the future of the nation’s economy, a public opinion survey showed,” a Bloomberg report said. “Thirty percent of respondents rate Bolsonaro’s government as “good or great,” rising within the margin of error from 29% in late August, according to a Datafolha poll published on Sunday by Folha de S. Paulo. The number of respondents who said the economy will improve in upcoming months rose to 43% from 40%, while those who said it will worsen fell to 24% from 26%.”

“Signs are mounting that Latin America’s largest economy is strengthening following a lackluster recovery from its worst recession on record,” the report added. “Third-quarter growth beat forecasts on broad-based gains from investments to agriculture, retail sales have risen for five straight months, and analysts have increased 2020 GDP calls. On Dec. 11, the central bank is expected to deliver its fourth straight cut to borrowing costs to further buttress demand.”

“BRZU” for the Brazilian Bulls

Leverage-hungry traders who are bullish on Brazil can use the BRZU. BRZU seeks daily investment results equal to 300% of the daily performance of the MSCI Brazil 25/50 Index, which is designed to measure the performance of the large- and mid-capitalization segments of the Brazilian equity market, covering approximately 85% of the free float-adjusted market capitalization of Brazilian issuers.

Though Brazil’s economy is showing baby steps to progress, it’s still a move forward after it underwent a crippling recession that the country is still trying to overcome.

“Growth is still gradual because the Brazilian economy today is still picking up steam after a very severe recession,” said Luana Miranda, a researcher at the Brazilian Economy Institute, pointing to a years-long economic crunch between 2014 and 2016. “As of the second quarter, Brazil had not recovered even half the GDP lost during the recession. We still have a very high unemployment rate, while business and consumer confidence are still very low. But things are going on. Families are consuming, investment is coming, but all slowly and gradually.”