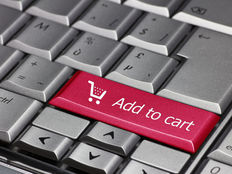 Things May Get Worse Before Getting Better for Retailers

Even as the global economy begins to open its doors again and ease lockdown restrictions, things could get worse for the retail sector before they get better. Global research and investment firm UBS says a number of retailers could continue feeling the pain well after the pandemic.

According to a recent Forbes article, “UBS reports that more than triple the number of retailers will close their doors over the next five years than shut during the last recession. That’s upwards of 100,000 retail stores to be shuttered, as the number of U.S. retail stores will decline from 883,000 last year to 782,000 by 2025.”

“Going back over the last 20 years, the worst year for closures was 2009 when 2% of stores closed,” UBS analyst Jay Sole told the Wall Street Journal, per the Forbes article. “Our forecast calls for 2% of stores to close every year into 2025.”

However, there’s also a glimmer of hope. Retailers can certainly turn their fortunes around if they’re willing to shift their business models to focus on online shopping.

“A back-of-the-envelope analysis by fellow Forbes.com contributor Chris Walton found that four major retailers were able to maintain a remarkably high level of sales during the shutdowns via e-commerce alone,” the Forbes article noted. “Specifically, in late March through April, Best Buy held onto 70% of its sales, Nordstrom roughly 65%, Gap almost 60%, and Kohl’s at about 55%.”

“Consumer surveys provide signs to support retailers’ hope, like this one from Coresight Research conducted at the end of May,” the article added. “It found that about half of consumers expect their spending to return to pre-coronavirus normal within the next five-to-six months.”

That said, it’s not all doom and gloom for retailers, which could present a buy-the-dip opportunity. Short-term traders can look at the Direxion Daily Retail Bull 3X ETF (RETL A). RETL seeks daily investment results of 300% of the daily performance of the S&P Retail Select Industry Index. RETL invests in securities found within the index, which is a modified equal-weighted index that measures the performance of the stocks comprising the S&P Total Market Index.

The biggest retail ETFs based on total assets have struggled during the height of the pandemic sell-offs in March–SPDR S&P Retail ETF (XRT A), Amplify Online Retail ETF (IBUY ) and VanEck Vectors Retail ETF (RTH B+). However, the tide could be turning and how well retailers respond to a post-COVID environment will give an indication of how well these funds will perform.