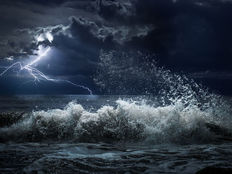 If you want someone to paint a rosy picture of the global economy, you might not want to ask French Finance and Economy Minister Bruno Le Maire. At the G-20 Finance Ministers Meeting in Fukuoka, Japan, Le Maire cited the escalation of a U.S.-China trade war as the prime culprit.

“We do not have the growth figures we should have because of the trade tensions between the U.S. and China,” Le Marie said.

“I want to be very clear, a trade war would mean an economic crisis all over the world, and especially in Europe,” he told CNBC’s Nancy Hungerford.

Le Maire further opined that trade war issues should be kept isolated from topics such as technology. The topic of intellectual property on areas like technology has been an ongoing topic of contention for both the U.S. and China in trying to get a trade deal done.

“We need to make a clear difference between … sovereignty, key technologies on the one side, and trade on the other side,” Le Maire said.

“Trade tariffs do not have anything to do with the technologies. We want to have a fair trade,” he added. “We want to build a trade that will be more efficient that will feed growth in the future and for that we have to avoid hitting countries with new tariffs and entering into a trade war.”

“The trade tensions have had an impact, significant, but in our view, so far contained,” Kenneth Kang, deputy director of the Asia-Pacific Department at the IMF and leader of the visiting team, told CNBC in an interview Wednesday.

“The renewed trade tensions are a significant source of uncertainty and a downside risk to our outlook … But I think we need to wait a few more months,” he said.