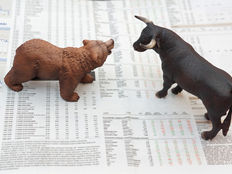 The United States Trade Representative (USTR) on Tuesday announced the next steps in the process of imposing an additional tariff of 10 percent on approximately $300 billion of Chinese imports.

On May 17, 2019, USTR published a list of products imported from China that would be potentially subject to an additional 10 percent tariff. This new tariff will go into effect on September 1 as announced by President Trump on August 1.

Certain products are being removed from the tariff list based on health, safety, national security and other factors and will not face additional tariffs of 10 percent.

Further, as part of USTR’s public comment and hearing process, it was determined that the tariff should be delayed to December 15 for certain articles. Products in this group include, for example, cell phones, laptop computers, video game consoles, certain toys, computer monitors, and certain items of footwear and clothing.

USTR intends to conduct an exclusion process for products subject to the additional tariff.

The USTR will publish in the Federal Register as soon as possible additional details and lists of the tariff lines affected by this announcement.

Will market recovery be temporary?

Despite the large bounce last week, experts say that the market recovery may have just been temporary.

“History tells us that whenever you get a sell-off on a short-term basis that is in reaction to new news, or a new development, the bottom we see on the initial sell-off is rarely the ultimate bottom. We usually see the market bounce a little bit, for a little while, and then roll to lower-low,” said Miller Tabak equity strategist Matt Maley says it on CNBC’s Trading Nation.

Although this drop is significantly steeper and more abrupt, a similar reaction occurred in May, when the markets dropped precipitously into the middle of the month before recovering some, only to plummet to new lows.

“What happens is the new news comes out, the market sells off, becomes oversold. We get a little bit of shorter bounce, but then people look around and say, ‘Wait a minute. Nothing’s really changed.’ That negative news is still out there, and the market rolls back over again and makes new lows,” said Maley.

The potentially good news is that some analysts see this as a temporary delay in the market ultimately reaching fresh highs.

“It will become a great buying opportunity at some point, because President Trump, I think he’ll push this trade thing a little bit longer than most people expect. But still, he’s got the election next year, so there’s going to be a trade truce. I think it’ll probably come later than sooner, but it will come,” said Steve Chiavarone, portfolio manager at Federated Investors

A trade deal, coming election year, and other global developments should support major upside in stocks, he adds.

“We think that global monetary stimulus and stable data here will lead to re-acceleration in the economy and earnings towards the end of the year and the markets can ultimately hit our 3100 target,” said Chiavarone.

While there may be some continued downside for the market to weather in the future, investors can profit from the decline using leveraged inverse ETFs like the Direxion Daily S&P 500 Bear 3X ETF (SPXS A-), which offers investors with a bearish view of the market a chance to trade the downside. Meanwhile the ProShares UltraPro QQQ (TQQQ B) supports a more bullish view, for investors seeing the selloff as just a short-term pullback.