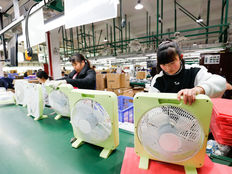 Aside from stimulus packages, China may have the solution to spurring its economy following the coronavirus pandemic—a 2.5-day weekend. Will this novel idea work?

Per a South China Morning Post article, the country “plans to introduce 2.5-day weekends across China in a bid to encourage tourism and spending to aid the coronavirus-hit economy have been met with mixed reactions. At least half a dozen provinces have so far encouraged companies to give staff an extended weekend, but only a few cities have responded with detailed plans.”

It’s certainly an interesting attempt to try to help resuscitate life back into the economy after becoming the epicenter of the virus earlier this year. The effects of the pandemic are certainly apparent.

“China’s retail sales plunged by 11.4 percent from a year earlier in the first half of the year, while the tourism sector has also been hit hard by the coronavirus outbreak as well as other domestic challenges, including the flooding in central and southern China,” the report noted further. “In early June, the government of Hulunbuir, a city in northeastern the Inner Mongolia Autonomous Region, announced a 2.5 day weekend until the end of September, allowing all employees of government agencies and state-owned enterprises to use the extra time.”

With regard to CWEB, the fund tracks the CSI Overseas China Internet Index, which is provided by China Securities Index Co., LTD. The Index is designed to measure the performance of the investable universe of publicly traded China-based companies whose primary business or businesses are in the Internet and Internet-related sectors, as defined by the index sponsor, China Securities Index Co., Ltd.