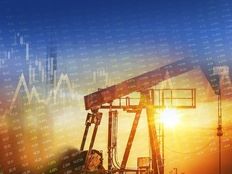 Will Growth Worries Hold Down Oil For Rest of 2019?

Supply cuts by the Organization of Petroleum Exporting Countries (OPEC) have pushed oil prices down, but downward forces from trade wars have also kept them in check. Will continued growth worries keep down the price of oil for the rest of 2019?

“The relative strength of the very short end of the curve likely reflects the market pricing in a known variable of lower supplies from OPEC+,” said Edward Bell, commodity analyst at Emirates NBD bank.

“Some signs of low confidence are creeping into positioning data,” Bell added. “The impact from a trade war is a more medium- to long-term issue and Dec. spreads weakened sharply over the last week.”

Furthermore, Global investment bank RBC Capital Markets is expecting more increases in oil prices, going as far as saying that crude could reach the $80 price level this summer. Overall, RBC Capital Markets is forecasting Brent crude prices to average $75 for 2019–up from a previous 2019 forecast of $69.50 per barrel.

Fears of a global economic slowdown are also weighing on the minds of oil traders. After the U.S. central bank kept interest rates unchanged last month, Federal Reserve Chairman Jerome Powell said that “we’ve noted some developments at home and around the world that bear our close attention.”