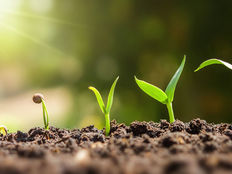 Will Inverse ETFs Thrive In September?

If history is any indication of what the market holds for us, September is likely to be a rough ride for stocks once again, with volatility rising as investor fears are broadening.

August was a brutal month for markets, as stocks dropped precipitously from their all-time highs, beginning with six consecutive down days in the market, amid turmoil from a trade war with China, unsatisfying resolutions from the Federal Reserve, and global economic stability.

“August has a reputation as a volatile month, and it sure delivered this year,” wrote Ryan Detrick, senior market strategist for LPL Financial, in a Friday note “Over the past month, we’ve not only seen the worst three days of the year but many 1% swings in both directions.”

While markets were eventually simply oversold from the precipitous six-day decline, China’s central bank pegged the yuan’s official reference point at more robust level than the key 7 yuan-to-the-dollar point, a move that assuaged the currency markets, which were at first terrified by fears that the U.S.-China trade war was devolving into a currency war. However, downdrafts renewed in the second half of August, as investors continued to fear a swift resolution to the trade war.

The Key Is Stabilization

“Going forward, stabilization in the U.S./China trade war is now the most important key to broader market stabilization,” said Tom Essaye, founder of The Sevens Report, in a note. “If the escalation continues, that will cause a further pull-back, regardless of what the [Federal Reserve] is going to do. And, I say that because another 25 or 50 basis points of easing by the Fed won’t materially offset a protracted and escalating trade war.”

Throughout the last 100 years, the Dow Jones Industrial Average has averaged a substantial slump during September. “Unfortunately, we’re finally at the worst month of the year from a seasonality perspective,” wrote Justin Walters of Bespoke Investment Group in a Friday note.

While a 15% U.S. tariff on roughly $112 billion in Chinese goods took effect this weekend, essentially adding a tax on about two-thirds of consumer goods coming from China, successive tariffs were also instituted on U.S. goods entering China. Analysts see continued weakness in the global economy as well.

Related: Experts See The Market Holding Up Well Given News

It’s not all bad news however, as volatility offers the opportunity for the bold. This resurgence in volatility can certainly spark a continued market downturn that could give the Direxion Daily S&P 500 Bear 3X ETF (SPXS A-) a boost.

Meanwhile, those investors who see contracting volatility could look at a more traditional bullish stock allocation with ETFs like the UltraPro Long S&P 500 ETF (UPRO B+) or the Direxion S&P 500 Bull 2x ETF (SPUU A-).