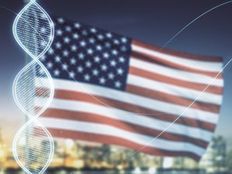 President Biden spoke at the Kennedy Presidential Library on the 60th anniversary of JFK’s moonshot speech on Monday, September 12, outlining his plans for building out American research to end cancer, which he describes as his own personal presidential moonshot, reported NPR. The president announced in February his cancer moonshot goal to reduce cancer deaths by half in the next quarter century as well as improve the supports within the system for those fighting cancer or who have survived it.

Biden acknowledged the inequities in diagnosing and treating cancer within the U.S., with vast differences in outcomes based on an individual’s race, sexual orientation, gender identity, disability, and where they live. He hopes to elevate the entire system in a push to cure cancer by supporting research, biotechnology, biomedicine, and more in the U.S., and laid out the framework for government support in the sector.

“We know too little about why treatments work for some patients, but a different patient with the same disease, it doesn’t work for. We still lack strategies in developing treatments for some cancers,” Biden said, reiterating that “we don’t do enough to help patients and families navigate the cancer care system.”

The White House appointed Dr. Renee Wegrzyn as head of the new Advanced Research Projects Agency for Health (ARPA-H), prior to the president’s speech. ARPA-H is an agency created by the president in February with the purpose of amplifying the government’s support of biomedical and health research.

Biden announced during his speech the launch of a National Biotechnology and Biomanufacturing Initiative via an executive order. The initiative is designed to bring biotech and biomanufacturing back to the U.S. and ensure that any cancer breakthroughs that happen are done domestically. Currently much of the biotech research and manufacturing happens overseas in countries such as China.

“ARPA-H will have the singular purpose to drive breakthroughs to prevent, detect and treat diseases, including cancer, Alzheimer’s, diabetes and other diseases and enable us to live healthier lives,” Biden said.

Bringing research, labs, and manufacturing back to the U.S. will drastically reduce supply chain interruptions as well as drive job creation domestically.

Companies contained within the fund focus on a variety of areas within biotech: applying genetic technologies to treat and prevent disease; applying human genetic technology to new products that are personalized to individuals; transforming agriculture, aquaculture, and food production; biological re-engineering that’s used for biomanufacturing; and DNA storage.

The index is a modified equally weighted index that rebalances and is reconstituted semi-annually.

The fund already has a strong focus within the U.S. at 79.49% weight, with smaller allocations in other countries such as the U.K., Germany, Denmark, Japan, and more.