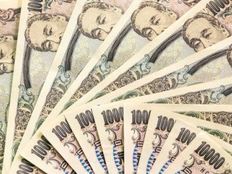 The days of “There Is No Alternative” trades, commonly referred to as TINA trades, have come to an end for the U.S. and many other countries as bond yields rise and property prices skyrocket.

The collapse of the TINA trade that favors equities over underperforming bond yields and illiquid real estate and often is its own driver of equity performance has advisors looking further afield for opportunities beyond equities, particularly given rising property rates as the Federal Reserve continues to hike interest rates.

With the U.S. two-year Treasury currently at 4.278% as of midday trading on Monday, Canada’s two-year government bond at 3.842%, and other countries seeing similarly high government bond yields, Japan stands out at -0.049%.

“I talk to advisors for a living. I’m telling you, many American advisors have zero in Japanese stocks. The third largest stock market in the world…and they have zero,” tweeted Jeff Weniger, CFA and head of equity strategy at WisdomTree. “700-800 bps earnings yield minus any Japanese bond and yet they won’t touch it.”

The continuing strengthening of the U.S. dollar as the central bank aggressively hikes interest rates is wreaking havoc for international currencies and beginning to cut into domestic corporate earnings for companies that do business overseas. With no current light at the end of the tunnel for interest rate hikes while the Fed remains wholly focused on curtailing inflation, it’s anticipated that the dollar will remain strong for the near future, making currency hedging while investing internationally more important than ever.

With the yen currently at a low not seen since 1998 (¥144 to the dollar), investment potential is enormous. The significantly lower prices are likely to lure many companies currently doing business in China to the more attractive prices in Japan, according to WisdomTree, all while the S&P 500 continues its bear market trend.

“TINA has evaporated. That’s what happens when rates go from 0% to 3-4% in a ton of countries. You can have your Sydney Offices at less than 2 points over the sovereign. I’ll take my Japanese equities, the lone TINA trade,” Weniger wrote.

In an environment where Japan is still practicing quantitative easing while the U.S. aggressively tightens, the yen has weakened considerably this year. A weakening yen alongside industrial growth and strengthening in Japan is creating strong opportunities for investors, one that the currency hedged WisdomTree Japan Hedged Equity Fund (DXJ B-) seeks to capture.

DXJ offers investment into the Japanese equity market while hedging for currency fluctuations. It’s a pure play on Japanese stocks, as it removes the impact that the yen’s value has while still offering exposure to Japan’s equities. It is a popular choice when the yen is weak relative to the U.S. dollar.