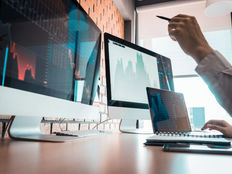 Undoubtedly, 2020 is going down as a forgettable year for dividend investors, a sentiment that extends to smaller stocks, including mid-cap fare. However, this year’s rough patch doesn’t diminish the long-term potency of the mid cap/dividend marriage, one accessible via the WisdomTree U.S. MidCap Dividend Fund (DON A).

DON, the dominant name among mid-cap dividend ETFs, seeks to track the price and yield performance, before fees and expenses, of the WisdomTree U.S. MidCap Dividend Index. The index is a fundamentally weighted index that is comprised of the mid-capitalization segment of the U.S. dividend-paying market.

DON’s methodology, which emphasizes the future, not past dividend growth is particularly relevant at a time when the universe of mid-cap dividend payers is declining.

DON allocates just 14% of its total weight to the consumer discretionary and energy sectors, which have been two of the worst groups this year in terms of negative dividend action. While not perfect, DON is doing an admirable job of steering investors away from payout cuts and suspensions.

“Consistent dividend growth is a good proxy for quality because it demonstrates that the business is healthy, stable, and run by a shareholder-friendly management team,” according to Morningstar.

DON’s high-quality focus may also help dividend growers outperform or do less poorly than the broader markets during weaker periods. Dividends have been a powerful source of long-term returns. Dividends have added significantly to returns over time, contributing approximately 32% of the S&P 500’s total return since 1960.

Mid-cap companies are slightly more diversified than their small-cap peers, which allows many mid-sized companies to generate more consistent revenue and cash flow, along with providing more stable stock prices. Additionally, they are not so big that their size would slow down growth. Long-term data also support the notion that active mid-cap managers have a hard time consistently beating their benchmarks