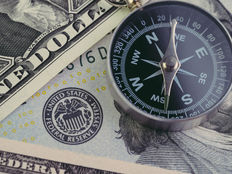 Regardless of the Election, the Fed Will Call the Shots

As of Thursday morning, results in the U.S. presidential election are still up in the air, though things appear to be trending Democratic nominee Joe Biden’s way.

Yet, the blue wave didn’t materialize as Democrats hoped, with only modest Senate gains and several lost House seats, indicating political gridlock could be a prominent theme in 2021. Politics aside, the Federal Reserve remains in the spotlight.

“This model portfolio is focused on a diversified stream of income. It seeks to benefit from secular trends we see evolving in the fixed income markets in a risk-conscious manner. The model portfolio focuses on select opportunities in core sectors, while strategically allocating among sectors and extending the model portfolio’s reach globally,” according to WisdomTree.

This model portfolio is increasingly relevant now that fiscal stimulus and substantial deficit spending may not be in the immediate near-term, even with a Biden win.

The Fed in Focus

While some election results remain undecided, it’s clear that the Fed is likely to keep interest rates near zero for the foreseeable future.

“Certainly, the policy makers will not be leaving their zero interest rate policy any time in the foreseeable future, but that doesn’t mean the UST 10-year yield can’t move or the yield curve won’t be impacted as a result,” notes WisdomTree Head of Fixed Income Kevin Flanagan.

A few years ago, interest rates had been rising steadily and the belly of the yield curve was significantly underperforming. If an investor was in an intermediate term fund, they would have been lagging the market for over a year, but if they had incorporated a bond ladder holding short, intermediate, and longer maturity bonds, they could have been less impacted by the uneven movement of interest rates.

The recently steeper yield may not carry those implications with it, but Flanagan says it’s something for advisors to keep their eyes on.

“However, the increase in the UST 10-year yield does bear watching, in my opinion. The U.S. economy has thus far bounced back much more quickly from the shutdown than just about any economist expected. Q3 real GDP produced a record +33.1% surge, more than offsetting the -31.4% record plunge in Q2,” he said. “Sure, we’re still 3.5% below the pre-pandemic Q4 reading, but recouping this lost output by mid-2021 now seems the more “reasonable” case scenario rather than by the end of next year. Interestingly, the question has now become: Can real GDP get back to pre-pandemic levels even sooner?”