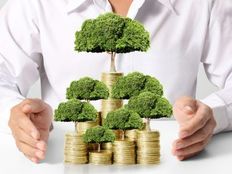 A Guide to In and Out of the Money Options

There is a lot of nuance to options investing, so much so that many advisors and investors largely steer clear because it’s easy to feel overwhelmed pretty quickly and out of your depth. Derivatives are worth consideration, however, because they open up all new avenues to expressing opinions and taking positions on how stocks might perform in the future, what markets may or may not do, or even provide a kind of insurance for underlying assets.

If a stock is the lever that an investor wants to pull, options are a lot like the dials and switches that fine-tune how much that lever gets pulled, when it gets pulled, or even protect it from being pulled too much by outside forces. They can give someone else the right to pull the lever if they want to — for a price, of course — in the form of a covered call or put stop gaps in place to prevent the lever from being pulled down too far in the form of protective puts.

I wrote up a piece in May that breaks down covered calls and protective puts in more detail and why advisors might want to use them, which you can find here. Today the topic is all about moneyness, whether a contract is at the money, in the money, or out of the money, and what that means for puts and calls.

Moneyness isn’t some distant relation of the Loch Ness monster, though trying to understand it sometimes can feel like plumbing those depths that Nessie inhabits: moneyness is how an option’s strike price relates to the price of the underlying asset. It’s a way to easily talk about if an option would make money if exercised immediately or not. Selling an option and breaking even is considered at the money; everything else beyond that is either in the money or out of the money, depending on what kind of option it is and the strategy.

In the Money Calls and Puts

Options currently “in the money” mean they can be exercised for a profit and therefore are generally more expensive than their “out of the money” peers. It doesn’t mean they are better than out of the money options; which one is better applicable is entirely dependent upon the strategy being employed.

There is a lot more to the math that has to do with intrinsic value, time value, and extrinsic value, but that’s a deep dive for another day.

Out of the Money Calls and Puts

As you might guess, out of the money means the position of the option is the opposite of ITM, meaning that it isn’t currently in a profitable position if it were to be exercised immediately, but this doesn’t mean that an investor is just throwing away money by investing in an OTM call or put.

Example of ITM and OTM:

Out of the money traders use options for a wide range of reasons and strategies: part of their appeal can be that they are cheaper, which also translates to being more volatile than their ITM peers because small price movements can have bigger impacts on returns. They also can be a way to hedge or provide a type of insurance for investment. Buying an OTM protective put as a kind of insurance for the underlying asset owned during market volatility can protect against large losses at a reduced cost.

A version of this article originally appeared here.