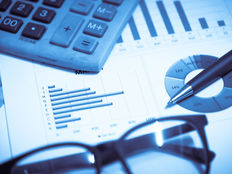 In a low-yield world, it can be difficult for investors to find decent yields and relatively low risks on fixed-income investments, but the FlexShares Ready Access Variable Income Fund (RAVI C+) is one idea to solve some of those issues.

RAVI currently yields 2.59%. RAVI may be something for investors who are looking for a little more yield than what’s provided by money market funds but don’t want to move too far out of the short-duration end of the yield curve.

Get Right With RAVI

The ongoing low-yield environment and improving economic sentiment has helped push investors toward corporate debt. However, potential investors should be aware that corporate bonds have historically exhibited greater volatility than U.S. Treasuries due to the increased volatility in corporate cash flows and credit risks, along with greater liquidity risks.

RAVI is actively managed and tries to generate maximum current income consistent with the preservation of capital and liquidity through short-term, investment-grade debt securities and cash equivalents.

Related: An ETF For Conservative Bond Investors With a Decent Yield

Currently, RAVI allocates 85.40% of its weight to short-term corporate debt and 9% to mortgage-backed securities (MBS), according to issuer data.

Due to the fund’s ultra-short-term debt exposure, investors may utilize the ETF as a cash or money market alternative.