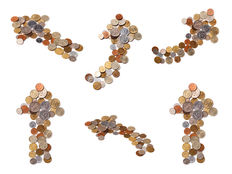 Cyclical Value Stock and The 2020 Election

Some markets believe ballot box success by the Democrats in a few weeks could give rise to a resurgence by cyclical value stocks. That scenario could benefit exchange traded funds with value tilts, including the FlexShares Morningstar U.S. Market Factor Tilt Index Fund (TILT A-).

TILT is a compelling way for investors to revisit value stocks because it’s not a dedicated value ETF. Rather, the FlexShares fund allocates just over 40% of its weight to value stocks.

TILT tries to provides enhanced exposure to U.S. equities by tilting the portfolio toward long-term growth potential of small-cap and value stocks.

“The potential for a Democratic sweep in November and a Covid vaccine means it is time for investors to shift from tech stocks to cyclical plays, Goldman Sachs said in a note Thursday,” reports Jesse Pound for CNBC. “The move, a global call from Goldman Chief Global Equity Strategist Peter Oppenheimer, is based on a pattern of short-term reversals into cyclical stocks that has occurred since the financial crisis more than a decade ago.”

Data confirm TILT could be a better way for investors to revisit value stocks. Over the past three years, the FlexShares ETF is beating the S&P 500 Value Index by more than 1,100 basis points.

Value fans believe this time may be different for value stocks, pointing to improving measures of investment sentiment, abating fears of a recession, rebounding corporate profits, and lessening trade tensions between the U.S. and China. Furthermore, value stocks are now trading at some of their most attractive prices in years as the growth/value gap is as wide as it’s been in decades.

“The two most important contributors to a reversal would be a rise in inflation expectations/bond yields and a rise in growth. The two typically move together,” according to Goldman Sachs.

TILT allocates more than a quarter of its weight to growth stocks, augmenting some of the laggard status of the value factor.