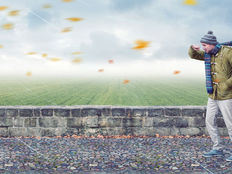 Dueling Headwinds For Insurance ETFs Due to Coronavirus

Insurance ETFs, including the iShares US Insurance ETF (IAK A-), are being hit on multiple fronts in the current environment. The coronavirus pandemic prompted the Federal Reserve to slash interest rates to near zero, spelling problems for property and casualty insurers that usually favor higher rates.

IAK, which tracks the Dow Jones US Select Insurance Index, tumbled almost 10% Wednesday and is lower by more than 22% over the past week as investors are growing concerned about the impact falling rates are going to have on insurance providers. Some rating agencies are saying credit issues could come to pass if ratings stay lower for longer.

“On 15 March, the Federal Reserve Bank’s Federal Open Markets Committee (FOMC) lowered its target range for the federal funds rate to 0.00%-0.25%, given the coronavirus’ increasingly negative effect on the economy and financial markets,” said Moody’s Investors Service. “The FOMC intends to maintain this range until the economy is back on track to achieve its goals of maximum employment and price stability. Although potentially good for the economy, these very low rates, if sustained, as we expect, will weaken the creditworthiness of life insurers, whose business model is largely built on interest rates.”

The industry has previously been suffering from spread compression on products like universal life and fixed annuities due to the stubbornly low rate environment.

Life insurers are vulnerable to lower rates because about 75% of their portfolios are allocated to fixed income instruments.

“US life insurers have adjusted to low rates, which have declined relatively steadily over the past 40 years. They have lowered their crediting rates to minimum guarantee levels; pivoted to products that are not sensitive to interest rates, such as fee-based retirement plans, employee benefits, and supplemental health,” according to Moody’s.

“In addition, short-term rate cuts will not necessarily affect the life insurers’ longer-term seven- to 10-year investment horizon on a one-for-one basis,” notes Moody’s. “Widening spreads, like the current 330 basis points spread for Baa-rated bonds over 10-year Treasuries, can also do a lot to offset the fall in the base rates in a security’s overall yield.”