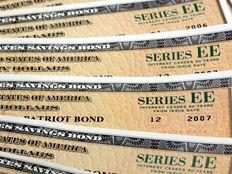 Heading into 2019, there were concerns that BBB-rated corporate bonds, debt residing within one to three notches of junk territory, were headed for a raft of downgrades. For most of this year, those concerns were allayed, but in recent weeks, bond markets have been pricing in some BBB troubles.

“Over the past decade, the investment-grade corporate bond market has grown as issuers have taken advantage of rock-bottom interest rates and increased demand from yield-starved investors,” according to BlackRock. “Today, the BBB-rated segment now makes up over 50% of the investment-grade market versus only 17% in 2001. Over the past decade, U.S.-related BBB corporate debt has grown 2.2x to $2.5 trillion, representing $1.2 trillion of net new issuance and $745 billion of downgrades from a higher credit quality.”

IGEB allocates 83.40% of its weight to BBB-rated debt, according to issuer data.

While the amount of corporate debt issued with BBB ratings has increased, credit spreads have not blown out, possibly indicating this corner of the corporate debt space isn’t as fragile as some investors have been led to believe.

“Credit spreads or the additional yield investors receive above Treasury bonds, have not widened, even as more debt has been issued. (Widening spreads point to increased risk expectations.),” said BlackRock.

“This is due to a number of global factors. In the U.S., after years of near-zero interest rates, investors are searching for yield, making them look at lower-quality investment-grade securities like BBB bonds. At the same time, foreign investors have been drawn to U.S. corporate bonds, which continue to see solidly positive yields, as other developed markets are seeing negative bond yields

If the U.S. economy can avert a recession, which usually leads to downgrades of corporate debt, IGEB should up well. Plus, many of the issuers in the fund should be able to maintain investment-grade ratings due to the ETF’s quality focus.

“However, some issuers will be able to defend their credit ratings. First off, many BBB companies have tools at their disposal to keep their investment-grade standing. For example, they can cut or eliminate stock dividends, share repurchase programs, or M&A activities,” according to BlackRock.