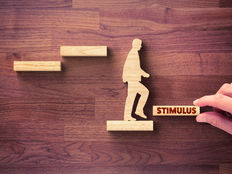 An ETF Poised for COVID Stimulus

As has been widely documented, infrastructure exchange traded funds, including the FlexShares STOXX Global Broad Infrastructure Index Fund (NFRA B+), are in the spotlight leading up to Election Day, but there’s a compelling case for NFRA and friends after the election.

A blue wave could lead to massive stimulus efforts, potentially supporting infrastructure projects along the way.

“A Democratic ‘blue wave’ in November could unleash the fiscal floodgates and fuel the amount of stimulus flowing from Washington, Goldman Sachs told its clients on Monday,” reports Thomas Franck for CNBC.

Stimulus As An NFRA Catalyst

Obviously, President Trump and former Vice President Joe Biden, the Democratic nominee, have different approaches to the infrastructure issue. One area the president is focusing on is efficiency in the permitting process to help projects get across the finish line. Said differently, the case for NFRA won’t be diminished if Trump pulls off the upset.

Still, there’s a strong case for NFRA against the backdrop of a blue wave.

“Goldman Sachs also reiterated its finding that the boost to U.S. economic growth from fiscal stimulus favored by the Biden campaign would ‘outweigh the negative effects of tax increases, particularly in light of the fact that the increased tax revenue would go to funding new spending,’” according to CNBC.

With a dividend yield of 2.33%, NFRA is up about 1% over the past month, perhaps a sign it’s pricing in a Biden victory.