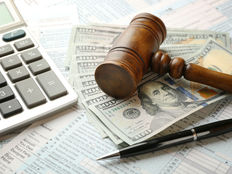 Expect Bond ETFs Stories To Be Back This Year

Last year, fixed income ETFs took in $330 billion in new assets, the second-best year on record. Of that massive tally, bond ETFs accounted for a record $155 billion, prompting some market observers to say 2020 will be even better for bond ETFs.

When 2019 came to a close, five of the top 10 ETFs in terms of new assets were bond funds and plenty of others in the fixed income space packed on assets as well. Among the popular destinations for bond investors in 2019 were aggregate bond funds, such as the SPDR Portfolio Aggregate Bond ETF (SPAB).

SPAB, which charges just 0.04% per year, making it one of the most cost-effective bond ETFs, follows the Bloomberg Barclays U.S. Aggregate Bond Index. The fund holds nearly 5,200 bonds and yields 2.96%.

“Bond yields, at 2.3%, are in the 80th percentile, and there has been a 95% correlation between the yield at a point in a time and bonds subsequent annualized three-year return,” said Matthew Bartolini, head of SPDR Americas research, in a recent note.

Other Hot Corners Of The Bond Market

SPAB took in over $936 million in new assets last year, but with interest rates poised to remain low this year, another hot performing bond segment from 2019 could do it again in 2020: intermediate-term bond ETFs. For example, investors poured nearly $400 million into the SPDR Portfolio Intermediate Term Treasury ETF (SPTI) last year.

“After averaging $12.9 billion a month and taking in a record $26 billion in one month alone (June), fixed income flows were the story of 2019,” said Bartolini. “The final flow tally was the most ever for a year. Bond ETFs expanded its asset base by 24% from just flows alone. The strength in flows was partly from market-related reasons (income in a low rate world) but also a result of secular forces.”

Bartolini predicts active strategies could beat passive this year in terms of inflows, a theme that could benefit ETFs such as the SPDR DoubleLine Total Return Tactical ETF (TOTL A-) and the SPDR Blackstone/GSO Senior Loan ETF (SRLN A-).

Related: Treasury Bond ETFs Just Marked One of Their Best Performances in Years

In the current environment, investors shouldn’t rely too heavily on long-term duration fixed-income assets as the risks don’t justify the rewards. Active ETFs like SRLN and TOTL can manage duration risk.

Bartolini is forecasting $10 billion a month in fixed income ETF flows this year, bringing the group’s aggregate asset tally to $1.1 trillion by the end of 2020.