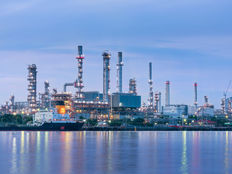 The results of the presidential election remain unknown, but some down ballot clarity relevant to the energy recently emerged, to the benefit of exchange traded funds like the FlexShares Morningstar Global Upstream Natural Resource Index Fund (GUNR A+).

GUNR provides exposure to the rising demand for natural resources and tracks global companies in the energy, metals, and agriculture sectors while maintaining a core exposure to the timberlands and water resources sectors, which is a part of the risk management theme.

“While federal-level election results remained uncertain the morning after the Nov. 3 U.S. election, a number of state-level races and ballot initiatives with energy industry impacts had been decided,” according to S&P Global Market Intelligence. “In several states, voters decided on ballot measures that could significantly affect energy policy, including altering how the members of their state utility commission are selected or revising energy-related taxes.”

Adding to the political case for GUNR is the fact that even if Democratic nominee Joe Biden claims victory, the GOP looks set to maintain its Senate majority. While the Democrats lost several House seats, they look to maintain control of that chamber.

GUNR specifically identifies upstream natural resources equities based on a Morningstar industry classification system, with a balanced exposure to three traditional natural resource sectors, including agriculture, energy, and metals. With some wild moves in downtrodden energy stocks, the gambling element of energy investing is back, but investors can take some risk out of the equation with GUNR.

Some states remain enthusiastic about energy production even as renewables take over in other regions.

“Louisiana voters backed amending the state constitution to allow the presence or production of oil or gas to be taken into account when assessing the fair market value of an oil or gas well for ad valorem property tax purposes. The measure enjoyed support from industry and government groups,” according to S&P Global.

A lot of sectors would like to put 2020 behind them. Energy has been one of them. Oil reached negative territory back in April, but brighter days could be ahead for energy. Some market observers believe the group is poised to bounce back. Investors looking to capitalize on that resurgence may want to consider income-focused, lower risk ideas like GUNR.